The Forgotten City is a brand new standalone narrative adventure game set in ancient Rome, based on the award-winning mod to The Elder Scrolls V: Skyrim.

One of the most successful Skyrim mods, this time-traveling mystery draws players into a mythological city in the time of the Roman Empire. Dedicated to history, and featuring historically accurate surroundings, costumes and characters, the narrative centers around an unsolved mystery that players are tasked with solving through exploration and investigation of this intriguing Forgotten City. This standalone The Forgotten City game includes new twists and endings, along with other exciting features–as you can see from the Forgotten City trailer–allowing the creators to tell the story they always wanted to tell.

The Forgotten City gameplay at its core, is about solving this Roman RPG mystery–with character dialogue, exploration, and branching narratives that affect each player’s experience, but it also includes plenty of puzzles and combat. The Forgotten City brings award-winning storytelling and Ancient Roman mystery to the RPG game genre. 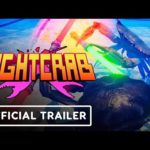 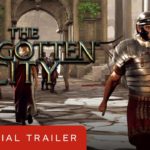