Some of the best content and strongest materia upgrades are hidden away in Final Fantasy 7 Remake’s side quests. Here’s why it’s in your best interest to see them through.

We know, we know! You’ve been waiting 15 years for the remake of Final Fantasy 7 and you can’t wait to speed through the whole thing to satisfy that insatiable nostalgia of yours, but take a deep breath and trust your ol’ pal GameSpot on this one, because you’re going to want to complete every side mission you can. Here’s why.

Final Fantasy 7, when it released 23 years ago, spent a good chunk of time in Midgar, running you through an overview of the world, the story, and it’s characters, but because it was such a big game, you had to spread your one-wing eventually and fly away, relegating the city of Midgar to only some late game shenanigans.

This time around, the iconic locale plays a much larger role in the story and gives your party members more personal time to shine. In the remake, after entering the Sector 7 Slums and completing some chores with Tifa, you can either go to sleep–like a total chump–or become the most badass merc on the market by helping out some of the local shop owners and neighborhood watch. Some of these tasks might have you rounding up lost cats or exterminating some were-rats, and while this labor might seem menial in the moment, you’ll find that the time you spend one-on-one with Tifa, talking about your history together, the state of the world, and Avalanche’s role in it, really fleshes out her character’s motivations and life in the slums. As her endless onslaught of affection slowly chips away at Cloud’s cold exterior, you see him start to expose some of the vulnerabilities we normally wouldn’t see until halfway through the original, culminating in an optional story encounter we won’t spoil here.

But if emotions aren’t your thing, don’t worry, we haven’t forgotten about you! By completing these side-missions, you can get your hands on some crucial early game upgrades to your armor, or in a different part of town later on, even receive weapons you won’t find anywhere else–at least that we’ve found so far.

If the specifics aren’t enticing enough already, then how about the thrill of earning some cold, hard, cash? Once you slay a couple of monsters for the neighborhood watch, you’re going to want to spend all this gil you’re getting on some new pieces of armor from the weapons shop that provide bonus materia slots. Equip all the materia you possibly can, because the only way they level them up is if they’re slotted into your weapons and armor! While you’re at it, buy another healing materia spell as well, so you can stack your party with options in a struggle.

Lastly, you may find a slightly unsettling boy on the streets named Chadley. I know every instinct in your body will tell you to run away and not look back, but believe me, he’s got an offer you can’t refuse. I mean, maybe you can, but don’t. Chadley gives you the Assess materia, and after using the ability during combat to scan for weaknesses, Chadley will develop new forms of materia for you, and later on, provide you with opportunities to fight Summons in VR so you can add them to your growing stockpile. The earlier you start helping Chadley, the faster you get access to some super strong Materia, like Synergy or Shiva.

We won’t spoil the next round of side-missions, but rest assured, they’re well worth your while if you’re trying to get your hands on a fan-favorite weapon, or watch as Cloud wallows his way through the Midgar gig economy with a fan-favorite character. We hope you heeded our warning, and if not, be sure to check out all our other coverage of the Final Fantasy 7 Remake. 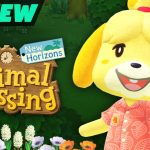 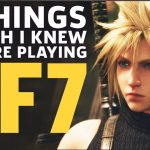