Final Fantasy 7 Remake is out now and fans of the series are excited to revisit the world of Midgar. But what about newcomers? Here’s why you should check out FF7 Remake, especially if you’re unfamiliar with the series.

Final Fantasy 7 Remake is a huge event for fans of Square Enix’s RPG series and anybody who got lost in the game’s world 23 years ago. If you missed the boat back in 1997 or if JRPGs like Final Fantasy aren’t your thing, though, you might be wondering what all the fuss is about. FF7’s world is a bit confusing to begin with, and that’s before you add all the additional caveats that come with the Remake–like the fact that it only covers a fraction of the original FF7 story.

FF7 Remake is a good entry point for the Final Fantasy curious, whether you’re new to the franchise or just new to FF7. The original is a classic and the Remake is in a class of its own, but if you never experienced it for yourself, we’re here to tell you why. 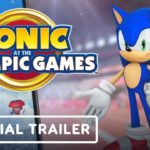 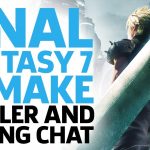