Capcom is reportedly working on a remake of Resident Evil 4. Jean-Luc talks about a few major things he’d like to see in it that could improve an already excellent game.

What could a Resident Evil 4 remake look like? This particular question has been on the minds of Resident Evil fans ever since a report recently surfaced saying that Capcom is planning on remaking Resident Evil 4. Will it be a faithful recreation in the RE Engine or will Capcom follow in the footsteps of its most recent remakes and make larger changes to the game? Heck, does it even need to be changed?

In the video above, Jean-Luc tackles all these questions. While Resident Evil 4 remains fantastic, no game is without flaws and refinements can always be made to better the experience. He discusses how the near-universally disliked Ashley could be improved, how the second half could be made even stronger, and how Capcom could go about handling preserving the campy dialogue that made the game so endearing.

While it still isn’t officially confirmed whether Capcom is planning on remaking Resident Evil 4, the possibility of us seeing one in the near future seems more likely than ever before. Capcom had great success in the past with the re-release of Resident Evil 1 remake, as well as the recently released Resident Evil 2 and 3 remakes. You can check out our reviews for the latter two games over on GameSpot.com or on our YouTube channel. 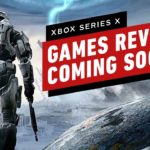 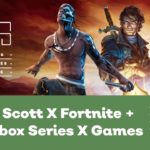