Here’s our list of Resident Evil 3 easter eggs and references that call back to the original 1999 title as well as 2018’s Resident Evil 2 Remake.

Resident Evil 3, a remake of 1999’s Resident Evil 3: Nemesis, is officially out. The remake has plenty of Easter eggs and hidden references–in fact, we’ve managed to find over a dozen so far.

In the video above, Richie Bracamonte details 14 times that Resident Evil 3 references the original game or the other titles in the survival horror franchise. Don’t worry, this video is relatively spoiler-free. Though it does showcase some of the locations you’ll visit later in the single-player campaign, it doesn’t talk about major storybeats.

Some of RE3’s Easter eggs are fairly obvious–like protagonist Jill’s outfit from the original game, which you can unlock–while others are a bit trickier to find or easy to miss. Did you know, for example, that when you visit locations from Resident Evil 2, the codes you used to unlock lockers and doors from RE2 will still work in RE3? It makes sense, of course. They are literally the same lockers and doors.

In GameSpot’s Resident Evil 3 review, Alessandro Fillari wrote, “Even without taking into account the original game, or its predecessor, RE3 struggles to keep up with its pace amid a clashing of elements from survival horror and standard action. While it has a strong start and gives its principal villain some great moments, this truncated retelling of the concluding game from the original Resident Evil trilogy doesn’t do it proper justice.”

That said, Alessandro does enjoy playing the remake on Nightmare mode–which transforms the fairly linear game into something closer to the terrifying survival horror experience of its predecessor. It’s the best way to play Resident Evil 3. 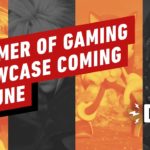 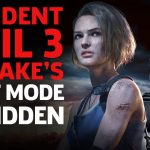