The horrifying Nemesis creature returns in the Resident Evil 3 Remake, and he’s every bit as terrifying as you remember. The Nemesis attacks you multiple times in the new game, and here in this video, we’re rounding up some of the most gasp-inducing moments with the beast.

The video highlights seven encounters in all, and they’re each confronting and alarming in their own unique ways. A hulking, menacing beast, Nemesis is a more intelligent bad guy who hunts down Jill and torments her basically everywhere she goes. He can use weapons, too, which makes him an even deadlier combatant.

Be sure to watch the full video to see some of the scariest Nemesis encounters in the Resident Evil 3 Remake. One thing to note is that this video includes a look at the final boss, so if you don’t want to see that, pause or stop before the end.

Resident Evil 3 Remake launches on April 3 for PS4, Xbox One, and PC. Keep checking back with GameSpot for lots more on the game, including our final review score. 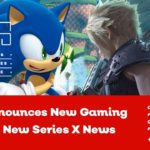