Call of Duty: Modern Warfare Season 2 is here, bringing new multiplayer maps, modes, weapons, and a Battle Pass to the game. Let’s jump right into all the new stuff.

Day one brings us two standard multiplayer maps. One of them is Atlas Superstore: a warehouse that’s been taken over by Al-Qatala, letting you battle down the aisles, over fallen shelves, and even in some special areas in the back. Meanwhile, Modern Warfare 2’s Rust has returned, bringing back some of the most intense, close-quarters action the series has ever had.

Rust can be used as a Gunfight map. Same goes for the new map Bazaar, set in Urzikstan. Day one brings a new Ground War map: it’s an airplane junkyard called Zhokov Boneyard. Lastly, there’s another new map called Khandor Hideout coming later in Season 2, but Infinity Ward hasn’t released any information about that yet.

Gunfight tournaments will be available with Season 2, but only for a limited time. There’s also a COD League Ruleset playlist for those of you who wanna play like the pros.

More game modes are coming later this season. Demolition will return, alongside the new Infected Ground War. In that mode, you’ll have to fight off the Infected until time expires, but if you get infected yourself, you’ll join the horde as they attempt to kill off the remaining Survivors. Finally, there’s NVG Reinforce, which Infinity Ward says, quote, “blends elements of Domination with Search & Destroy”

Now let’s talk about new weapons and that Battle Pass. If you don’t wanna spend money on the pass, you can still unlock some new guns. The Grau 5.56 is unlocked at Tier 15, and the Striker 45 is unlocked at Tier 31; you can get both for free. There’s also a third new weapon coming later in Season 2, but Infinity Ward has marked it as classified for now.

For 1,000 Call of Duty points–or about 10 US dollars–you can purchase the pass and the ability to unlock all 100 Tiers of rewards. The Tier 0 prize is actually a new Operator: Modern Warfare 2’s Ghost. The British spec-ops officer is linked to the story of Season 2, and he’s not the only new Operator joining the ranks. Talon and Mace will also deploy later this season.

As far as ranking up in the Battle Pass, Season 2 offers a bunch of new trials including ATV races, a gun course, a live fire exercise, and Pitcher, which is basically cornhole but with frag grenades. New daily challenges and missions will be ready for completion too.

That’s all the big stuff available right now with Season 2. There are new maps to explore and new guns to handle, with more coming later this season. Stay tuned to GameSpot for all the best Modern Warfare coverage, and we’ll see you out there. 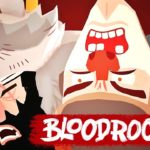 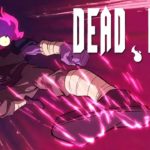