Ride along with Axiom Verge’s sole creator Tom Happ as he watches and reacts to an incredible Tool-Assissted Speedrun alongside “business guy” Dan Adelman.

A Tool-assisted speedrun is exactly how it sounds. Instead of a human player speedrunning through a game, it’s instead a program that’s had exact frame-perfect moves inputted into it to give a theoretical perfect speedrun. Most strategies used in a TAS speedrun are not humanly possible as they require insane precision and even rapid-fire button presses that no human could replicate. But while a TAS speedrun isn’t humanly possible, the program’s author is still required to have deep knowledge of the game’s mechanics to program the script in a way to pull off the insane speedrun.

Axiom Verge is a side-scrolling Metroidvania that was created by indie developer Thomas Happ. It was released back in 2015 for PlayStation 4, and eventually made its way to all platforms. In 2019, Thomas Happ revealed that Axiom Verge 2 is on the way with a slated 2020 release date, which was eventually delayed to the first half of 2021. 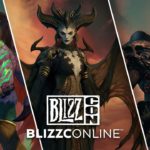