From impending releases like LEGO Star Wars: The Skywalker Saga to trailers and announcements for upcoming projects, this is what we expect to see from the Star Wars franchise in 2021.

Just before the surprise ending of The Mandalorian Season 2, Disney and Lucasfilm unleased a slew on content to be released across most mediums of entertainment. We’ve got movies, books, comics, video games and TV shows on the horizon. Some of these releases probably won’t see the light of day until 2022 or later, but what we do know is that 2021 is stacked with Star Wars content. Lucasfilm kicked off 2021 with the launch of new story telling with the High Republic, a previously unexplored era in the Star Wars universe. Though it’s exciting to see, read, or hear tale of uncharted territory, Lucasfilm and Disney are following up Star Wars: The Clone Wars with Star Wars: The Bad Batch, which is set to take place during and around the events of Episode 3: Revenge of the Sith and Order 66. At the end of the year, we can look forward to The Mandalorian’s first spin-off show, The Book of Boba Fett, starring everyone’s favorite bounty hunter, Boba Fett!

There’s so much more Star Wars to look forward to in 2021 and the years to follow and you can be sure IGN will be there to cover them every step of the way. 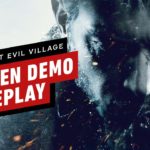 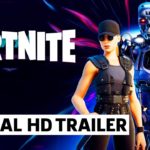