How a great idea to merge Call Of Duty: Black Ops Cold War, Warzone, and Modern Warfare lead to confusing purchases, overpowered guns, and challenges that didn’t please either audience.

Call Of Duty recently merged progression, a season pass, and some guns across Cold War, Warzone, and Modern Warfare. In theory, it was a great idea that would allow any Call Of Duty player to engage in any mode and carry progress across games. In reality Call Of Duty: Black Ops Cold War is a more traditional Call Of Duty title with a different audience from the mil-sim inspired Modern Warfare, so the merger has resulted in Warzone challenges that don’t appeal to Cold War players, erased or made meaningless progress for Modern Warfare players, overpowered guns like the Mac-10 and DMR 14 in Warzone, and created unlocks that some players can’t use unless they purchased the other title.

In this video, we talk about what we feel Activision was trying to achieve, why it’s a good idea in theory, why it isn’t working yet, and what they can focus on next. Call Of Duty titles published by Activision are developed by multiple studios including Infinity Ward, Treyarch, Raven Software, and Sledgehammer Games. This is the first time progress has been linked across two separate games and a standalone free-to-play battle-royale. We have yet to see if this shared ecosystem will be used moving forward for all Call Of Duty titles, but there are lessons to be learned either way. 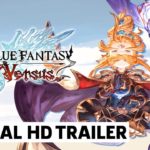 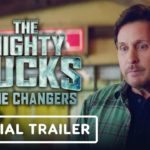