We go on the hunt against Mizutsune in the The Monster Hunter Rise Early Access demo on the Nintendo Switch with the Longsword! Keep an eye out to see the new wire bug and mounting system all in action.

Monster Hunter Rise marks the first brand-new Monster Hunter game to release on Nintendo Switch, and much like Monster Hunter World before it, it shakes up the series’ formula in some novel ways. Perhaps its biggest innovations are the Palamute and the Wirebug, both of which are showcased prominently in the game’s free Switch demo.

We had a chance to play an early access version of the Monster Hunter Rise demo, sampling its two training missions and its two proper hunts. The former are designed to show newer players the ropes, while the latter send you off to slay the Great Izuchi–one of Rise’s new monsters–and the returning Mizutsune.

You can check out some gameplay of all four demo missions in the video above. For more on the game, be sure to check out our roundup of everything we know about Monster Hunter Rise, as well as our preorder guide for a detailed look at the game’s different editions and preorder bonuses. 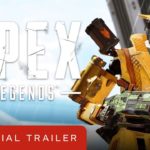 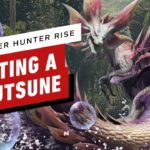