Check out the creepy new trailer for Little Nightmares II and explore the Wilderness in the demo which is available now for PlayStation 4, PlayStation 5, Xbox One, Xbox Series X and S, Nintendo Switch, and PC.

Little Nightmares II launches on February 11, 2021 for PC, PlayStation 4, Xbox One, and Nintendo Switch. The game is also headed to PlayStation 5 and Xbox Series X and S at a later date in 2021. 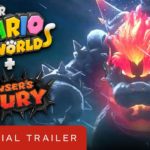 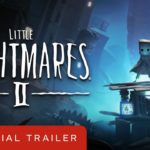