Want to know how much of a difference a PS5’s optimization patch adds to your PS4 games? Check out this comparison of Days Gone, running on PS4 Pro and PS5 with the latest patches.

With the release of the PlayStation 5, certain PS4 games will be getting a boost, so we’re playing through several PS4 games on PS5 to see how Sony’s next-gen console improves the performance or experience of current-gen games.
In the video above, we show off Days Gone. We first played the game on PS4 Pro and then played it on PS5—in both instances, focusing on the first 30 minutes of the campaign. As you can see, Days Gone plays at a much smother frame rate on PS5, which is especially noticeable when zooming through its zombie-infested world while on motorcycle.
There are other, less noticeable differences as well. For instance, Days Gone features less pop-in textures on PS5, and the game loads a whole lot faster on next-gen, too. If you’re thinking about picking up Days Gone, it appears you’ll have a much smoother experience on PS5 in comparison to PS4.
In GameSpot’s Days Gone review, Kallie Plagge writes, “I did a lot of things in Days Gone. I burned every single Freaker nest; I cleared every ambush camp; I maxed out my bike; I took out a few optional hordes just because. Like Deacon with Sarah, I kept going because I hoped to find something, to follow a thread to a possibly fascinating or satisfying or impactful conclusion. But at the end of it all, I’d only gotten scraps.” 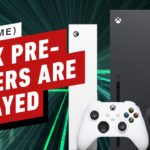 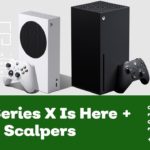