Yakuza: Like A Dragon starts a brand new story for the series. We have a demo build of it running on the Xbox Series X with some wild RPG gameplay and karaoke.

Although it’s the eighth mainline entry in the series, Yakuza: Like A Dragon starts a brand-new story with a cast of fresh faces. You take on the role of Kasuga Ichiban, a silly man with a heart of gold who was betrayed by the people he trusted most. He teams up with a few others to find the truth and explore the depths of Yokohama in modern-day Japan.

Yakuza: Like A Dragon is an Xbox Series X launch title, and we were able to access a demo build of the game and play it on our Xbox Series X preview unit. As of now, when running the game on Series X, you’ll have a few enhancement options: high resolution mode for true 4K that runs the game at what looks to be around 30 FPS, and high framerate mode that brings down the resolution to run much higher FPS. In the video above, I set the visuals to Normal, and the game seemed to hold a consistent 60 FPS without sacrificing too much graphical quality.

In true Yakuza fashion, the charming absurdity shines through which you’ll see in the karaoke minigame (and yes, Baka Mitai is back) and new turn-based RPG combat system. Our gameplay footage includes a bunch of ridiculous, but effective, special abilities that you can access from using the game’s dynamic Job system. The demo dropped us in the middle of the story, but from what I can tell, the franchise’s penchant for captivating drama seems to be intact.

We’ll have more details on Microsoft’s next-gen console soon, but for now, enjoy gameplay from the delightfully wild Yakuza: Like A Dragon or check out our earlier hands-on preview of the Xbox Series X. 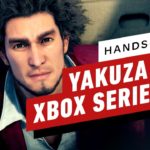 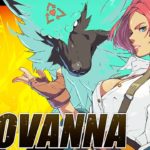