The Walking Dead’s second spinoff, the limited series The Walking Dead: World Beyond, finally premieres Sunday, October 4 on AMC and with it come answers to questions about the mysterious Alliance of the Three that’s been seen in the other two Walking Dead shows.

We visited The Walking Dead: World Beyond on set and talked with cast members about the group identified by the mysterious three-ringed symbol, and how the group ties together the whole Walking Dead Universe. 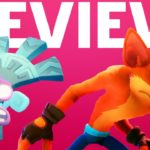 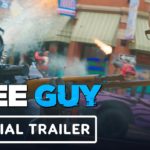