Sony is reportedly increasing the production of PS5 units, Marvel’s Avengers beta starts next month, and Assassin’s Creed Valhalla is bringing back a beloved feature.

It was initially reported that the PS5’s launch supply could be lower than the PS4’s, but that doesn’t seem to be the case. According to Nikkei Asian Review, Sony’s production order has increased from 6 million to 9 million units. Marvel’s Avengers beta starts next month, but there’s a caveat: its release will be staggered across platforms. In the meantime, you can look forward to the next Avengers War Table stream on July 29 at 10 AM PT. It will detail what we can expect from the beta.

Finally, a beloved feature is returning to the Assassin’s Creed franchise: social stealth. In Assassin’s Creed Valhalla, you’ll be able to put on a hood and discreetly sneak through crowds once again.

And hey, while you’re here, GameSpot launched its own merch store. Until the end of August, all the proceeds will be split between Black Lives Matter and COVID-19 relief.

Check it out here: store.gamespot.com 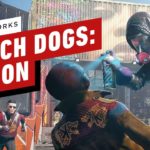 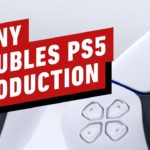