Blue Fire looks to be offering plenty of platforming peril, which may just lead to its bottomless pits becoming more dangerous than its foes. 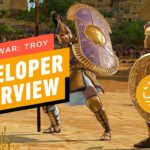 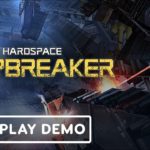