Apex Season 5 has a release date, and we’re breaking down Loba’s “Legacy of a Thief” trailer to see if her abilities match the leaks, what easter eggs you might have missed, and how her story ties into Revenant’s.

Apex Legends Season 5: Fortune’s Favor is scheduled to begin May 12. As per usual, the new season will add a brand-new playable character to Apex Legends. Respawn has confirmed the next playable legend is Loba, a thief. Though Respawn hasn’t announced what Loba’s abilities are, we do have enough information to make an educated guess.

In the video above, Lucy James details everything we know about Loba–including her backstory, character design, enemies, and technology–in order to extrapolate theories as to what her passive, tactical, and ultimate abilities could be. In order to guess what Loba’s abilities entail, we look at how Respawn has teased her involvement in the Apex Games, her in-game appearance, map changes that seem tied to her, and datamined character files.

This may go without saying, but not everything discussed in this video has been proven true. Lucy takes care to mention when we’re talking about an aspect of Loba that has been officially announced or revealed versus when we’re putting forth theories.

Alongside Loba, Season 5 will add a new battle pass to Apex Legends that includes the usual cosmetic items, like legendary skins, but also provides brand-new rewards. Season 5 adds a new Quests mode to Apex Legends, which Respawn hasn’t provided much detail for yet. 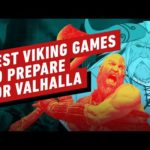 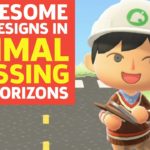