As one of the most prominent symbols of independent comics of the 1990s, Spawn has had a reputation for being a violent, abrasive, and brutal superhero–which makes him such a great for Mortal Kombat 11. We recently had the chance to get some hands-on time with the last character of the current Kombat Pack, and he’s certainly made the transition well into Netherrealm Studios’ violent and over-the-top fighting game.

In this video, we pulled together some of the greatest hits of Spawn’s appearance in Mortal Kombat 11, highlighting his cinematics, fatalities, brutalities, and even his extremely elaborate fatal blow attack. Right from his intro, where you see him perched atop a church rooftop, it’s clear that Spawn faithfully recreated in the fighting game. Spawn uses both conventional weapons and demonic powers, which makes his combat style a mix of ranged moves and skills that get up close and personal. His iconic chains and cape also come into play, with some grotesque results.

In addition to the new character, this next update for Mortal Kombat 11 will also introduce new Matinee-themed costumes for Jacqui Briggs, Kotal Kahn, and Erron Black inspired by pulp-adventure serials from the 1930s. Along with that, Jacqui Briggs will get another costume inspired by Spawn, giving her the appearance of a hellspawn as well.

Spawn is the final character of the current Kombat Pack for Mortal Kombat 11, and he’ll be available to current owners on March 17, while non-Kombat Pack owners will be able to play as him on March 24. 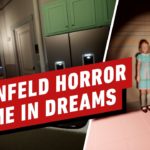 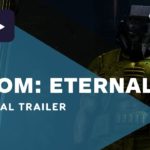