Final Fantasy VII Remake is one of 2020’s most-anticipated games, and it’s coming soon. The long-awaited PS4-exclusive arrives in April, and GameSpot recently had an opportunity to play a chunk of the game. In a new video, Edmond Tran guides you through what he thinks about what he played during his four-hour demo.

Edmond played through Chapters 1, 2, and 7, as well as some of Chapter 10, so there is a lot to unpack. He talks about some of the unique elements that make Final Fantasy 7 Remake feel like a new game, including the new combat mechanics and what makes Midgar feel more alive than ever. Edmond also had things to say about the American voice cast for the new game, so be sure to watch the full video for all the nitty gritty details.

As announced previously, Final Fantasy 7 Remake will be released episodically, so what’s available at launch is just the beginning.

Final Fantasy 7 Remake launches on April 10 for PS4. It’s a timed-exclusive for PS4 until 2021, at which point it will presumably launch for other consoles and/or PC. 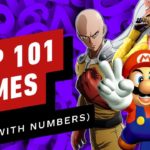 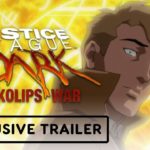