Final Fantasy 7 Remake modernizes the original game’s turn-based battles by combining some of its tactical elements with more action-centric gameplay. You’ll execute combos, fire off spells, and use cool moves in real-time in the remake, with a few of the most powerful moves and abilities from the original making an appearance.

If you’re familiar with the original Final Fantasy 7, you know some of the most powerful attacks you can get in the game are Limit Breaks and Summons. Limit Breaks are super-strong moves unique to each character that you can only execute after you’ve dealt and received enough damage in a fight, while Summons are special magic spells that call huge monsters to aid you in battle. Both return in Final Fantasy 7 Remake in a slightly new form.

Check out the video above, where you can see every Limit Break and Summon in all their devastating glory. While you’ll start with some Limit Breaks and receive one Summon through the course of the story, you’ll have to earn the rest as you work your way through Final Fantasy 7 Remake. Be sure to read through our massive list of Final Fantasy 7 Remake guides if you need help finding any secrets or collectibles, or besting any bosses along the way. 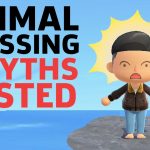 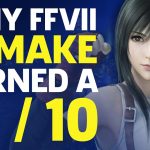