A new Half-Life game is almost here. It’s been 13 years since Half-Life 2: Episode 2, and this month, anyone with PC VR platforms (Index, Rift, Vive, Quest with Oculus Link) will be able to play Half-Life: Alyx. In anticipation of its March 20 release date, developer Valve dropped three separate gameplay clips, which we’ve compiled into one for the video above.

Judging from the gameplay footage, Half-Life: Alyx looks like the unification of many VR mechanics and features we’ve seen up to this point in other games, but in one full 15-hour single-player campaign. Since the game takes place prior to the events of Half-Life 2, we’re getting a new perspective on the struggle and oppression that litters City 17. You take on the role of Alyx Vance, who has been an important character throughout the Half-Life 2 saga–her father Eli Vance, genius scientist and good friend of Gordon Freeman, looks to be a centerpiece for the story as well. The Combine are onto her, and with a VR setup, you’ll be in her shoes for this latest chapter in Half-Life’s iconic universe.

For more on this wildly anticipated VR game, you can read through our Half-Life: Alyx trailer breakdown to get a better idea of what to expect. We’ve rounded up everything you need to know about Half-Life: Alyx if you’re looking for pre-orders and info on how it works for VR. 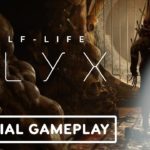 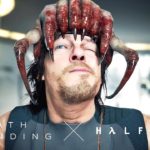