The Xbox Series S is a cute, compact, and cheaper console that’s capable of next-gen experiences, but it comes with some major trade-offs.

In an unprecedented move for a console launch, two options are available when it comes to new-generation Xbox systems: The powerful and fully equipped Xbox Series X, and the more affordable but somewhat limited Xbox Series S. I’ve already delivered my review of the Series X, but what does the Series S offer? Well, it’s a cute and compact console that’ll play previous and next-gen Xbox games, and do so for a relatively cheap entry price of $300 USD.

It’s a sleek system that comes with many of the same great features of the beefier Series X, but it comes with some notable compromises that you’ll need to consider if you’re interested in this itty-bitty Xbox. And it’s not just about the visuals; its limited internal storage space, the nuances to how backwards compatible games look and run, and the lack of a disc drive will influence whether or not this console’s for you–the importance of those things depends on your own needs but, either way, the Xbox Series S packs a punch. 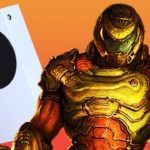 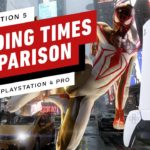