Both the Xbox Series X and the PlayStation 5 bring a lot of power to the table as we enter the next generation of video game consoles. But the improvement that’ll probably affect your gaming the most is the inclusion of NVMe SSD drives for internal storage in both systems. These solid-state drives help the consoles to decrease load times significantly, both on new games and those made for last generation’s consoles. But which of the two next-gen machines loads the fastest?

To answer that question, we looked to the backwards compatibility features of the PS5 and XSX and let the two machines battle it out head-to-head. We compared the load times of five games originally released on the PlayStation 4 and Xbox One to see just how fast the two new consoles would get them ready to play, from starting the games to the first moment you can control. Check out the results in the video above; below, you’ll find the list of games we compared and timestamps so you can skip straight to their comparisons.

We’ve got lots of PS5 and Xbox Series X coverage with more on the way in the coming days and weeks, so be sure to check it out on GameSpot.com. 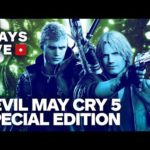 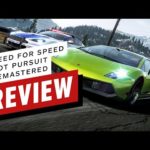