The upcoming game from League of Legends developer Riot Games is currently in beta and we’ve put several hours into it. It’s called Valorant, and it draws heavily from Counter-Strike with elements of Overwatch, blending them into a tactical hero-based FPS. Gameplay-wise, Valorant is hitting many of the right notes with gunplay that’s close to CSGO and a roster of Agents with unique abilities that can make or break each round. In terms of structure, it offers a single mode in the beta, a five-on-five round-based demolition mode.

In the video above, we break down our experience so far with the perspective of a long-time Counter-Strike player. Everything from basic strategies, how Agent powers have affected play, and what’s it’s like from a visual standpoint. It may not grab you with flashy animations or impressive presentation qualities, but its gameplay systems seem to be tight thus far.

For more details on the game, including its microtransactions and features outside of gamplay, check out our look at everything we know so far. Valorant is scheduled to release in Summer 2020, so be sure to stick to GameSpot for more coverage of the game. 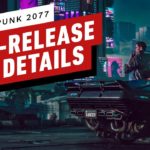 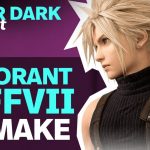