Fallout 76 had a rocky launch, but with the Wastelanders update, you might be tempted to give it another shot. Here’s what Jake Dekker has to say after spending 30 hours with the new update.

The long-awaited Wastelanders update comes with a number of changes, improvements, and new content. With that, you might be asking yourself: Should I give Fallout 76 another shot? GameSpot’s video producer, Jake Dekker, has spent 30 hours exploring Appalachia to help you answer that very question.

In this video, Jake goes over all the big changes introduced in Fallout 76’s Wastelanders update, including the new dialogue mechanics, the faction system, and the story. Although Fallout 76 suffers from many of the same issues it did at launch, Wastelanders seems to be a step in the right direction.

Fallout 76 Wastelanders is available now for PS4, Xbox One and PC. Stay tuned to GameSpot for Alessandro Barbosa’s full review of Wastelanders. 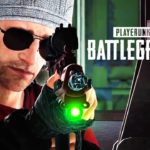 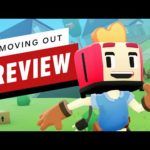