Doom Eternal’s arsenal is full of weapons that have been around in the franchise for a long time, but they’ve gotten some significant tweaks and improvements in id Software’s latest title. You’ll recognize quite a few of your guns in Eternal from Doom 2016, but in the sequel, they often hit harder, look cooler, and sound better. Check out the video above to see a comparison of each of the returning weapons in Doom Eternal and how they’ve been tweaked since your last venture to Hell.

One of the biggest changes in Doom Eternal is the way its weapons give you more options in combat. While you’ll have a lot of the same guns and mods as in Doom 2016, you’ll often find those weapons have new uses in Eternal. Many demons now have weak points that you can pick off if you have the right weapon, knocking off their guns or limbs and reducing their monstrous lethality. While your guns give you a lot of different ways of ripping and tearing through the legions of Hell, you’ll often need to think about the best gun to take out an enemy quickly if you want to stay alive. 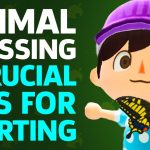 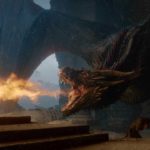