The GeForce RTX 3060 gives the latest consoles a run for their money at an affordable price. But is it a more powerful alternative at the same price? Let’s take a look.

It’s been an interesting few months for video gaming hardware and Nvidia doesn’t want that momentum to slow down anytime soon. During CES 2021, Nvidia finally revealed their mid-tier graphics card for the RTX 30 series, the RTX 3060. Nvidia’s RTX 3060 is meant to directly target midrange gamers who might still be stuck on their old GTX 1060’s, stating that the new 3060’s can run game at a steady 1080p, 60 frames per second with Ray Tracing and DLSS on. We compare some of these preliminary stats to the competitively priced next-gen consoles, PlayStation 5 and the Xbox Series X. While PS5 and Xbox Series X players can expect to play most games at 4K resolution, some even with ray tracing on and generally only at 30 frames per second, the RTX 3060 looks to give players that generous boost in fps while using Nvidia’s DLSS technology for a lower price point. 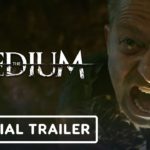 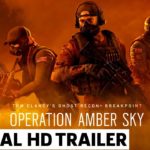