Indiana Jones is back and in video game form! A teaser trailer for a new Indiana Jones game from Bethesda, Machine Games, and the newly formed Lucasfilm Games has been revealed!

Did we miss anything? Will this be a Series X exclusive? Sound off in the comments!

One thing the Indiana Jones game trailer does imply is that it may take place between Raiders of The Lost Ark and The Last Crusade, “at the height” of Harrison Ford’s iconic character Indiana Jones’ career. The only other thing we have to go off is the upcoming Indiana Jones 5 movie, which is set for a July 2022 release and will start shooting in Spring of 2021. We have no idea, but the game may want to complement the film’s release. Let’s breakdown what we know, what we think we know, and all the hidden details packed into this tiny teaser.

It’s still unclear if this Indiana Jones Bethesda game will come out for Xbox Series X, Xbox Series S, PC, and PlayStation 5 (PS5), or if the game will become an Xbox exclusive. 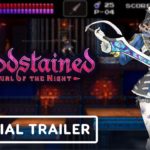 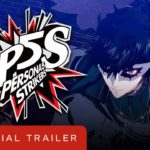