Mario Kart Live brings racing into your living room, making your home–and your pets–an obstacles to overcome. So how does it fare against two cats in a studio apartment?

Mario Kart Live for Nintendo Switch lives up to its name, bringing Mario Kart into reality with its remote control Mario Kart that you can race through your own customizable courses. Everyone’s living situation will make for their own unique obstacles and hurdles to overcome depending on the shape and size of the room you’re playing in.

For Kurt Indovina, his studio apartment isn’t the only obstacle he has to maneuver—he also has two cats. In this video, Kurt builds a course in his apartment and puts it to the test while trying to also dodge and steer around Mario’s new towering foes: his two cats named Megatron and Lili.

Controlling the kart with the Nintendo Switch, Kurt gets to see his living room, and cats, from a point of view like he’s never seen before thanks to the camera attached to the remote control Mario Kart. How will the cats fare against Mario as he zips around the floors of Kurt’s humble abode?

Don’t worry, no cats were harmed while making this video. Kurt loves them far too much. 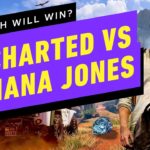 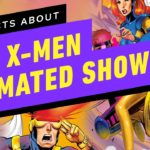