After a long easter egg hunt, Call of Duty Black Ops Cold War revealed their Zombies mode and released two trailers. One being a reveal of gameplay, and the other an introductory cutscene to the brand new story within the mode. There’s a lot of new features coming to Zombies mode, so let’s break down what we know so far beginning with the story. Set in the 1980s Cold War timeline, we see Samantha Maxis calling Black Ops 1’s Grigori Weaver with information about a zombie outbreak from the second world war. She sends him a videotape with footage of the underground lab housing the Die Maschine once used to experiment on test subjects. Weaver can’t believe what he’s seeing and forms a team to go down and investigate the lab before any other rivaling countries can uncover it.

The short Treyarch presentation brought us tons of new information on what’s to come. We’ll be seeing the return of some classic perk-a-cola machines including quick revive and juggernog as well some new ones like Elemental Pop. Also returning are the Pack-A-Punch Machine (which can be used to greatly enhance your weapon of choice) Ray Gun and other Wonder Weapons, as well as the elusive mystery box. New types of hellhounds and zombies were also revealed. They appear to be mutated from radiation poisoning- one in particular is in a radiation suit and looks to have his own abilities.

The game mode itself is getting a bit of a facelift with additions such as support slots. Alongside your tactical equipment, the support slot will give you the ability to use a scorestreak-based move on the zombie hoard. (The trailer shows off a chopper gunner being used) You’ll also be able to use any gun you want from the start so say bye bye to the old pistol. Other changes announced were the ability to carry over your weapon’s progression across Cold War’s modes- a big first for zombies mode. Keep it tuned to GameSpot as Cold War’s release date approaches for continued coverage of zombies, Multiplayer and Warzone. 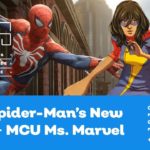 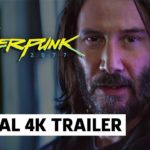