Persia talks about the re-lease of Kingdoms Of Amalur. THQ Nordiq acquired the rights to the game quite some time ago but we’ve officially got word on the existence of Re-Reckoning and its release date from the product description page on xbox.com. Kingdoms of Amalur: Re-Reckoning is set to release on August 18th.

Persia also goes over the addition of EA Access to Steam. EA Access gets its name from the console versions to differentiate between Steam and the Origin Access subscription service currently on the Origin platform for PC. Some of the biggest EA titles like Apex Legends and Battlefield 5 will remain Origin-exclusive on PC.

GameSpot’s Dave Jewitt interviewed Anna Donlon, Executive Producer of Valorant, to discuss the game and its recent, full launch. The newest mode, Spike Rush, is an answer to the call for quicker warm-up rounds, and it adds a party element to the game by adding orbs that grant special abilities, randomized weapons, and more. Donlon also discussed a potential console release, as a prototype is currently being tested. There are developers on the team who are “very excited” to prove the game’s potential on console, but it will only happen if it doesn’t compromise the competitive integrity of the game.

For the next six weeks, GameSpot is hosting Play For All, a summer gaming celebration and charity event featuring special guests like Troy Baker, Danny O’Dwyer, and many familiar GameSpot faces. We are all coming together to raise money for Direct Relief in support of those fighting on the front lines against COVID-19, as well as Black Lives Matter.

This is your Save State for Thursday, June 4th.

Play For All schedule:
https://www.gamespot.com/play-for-all/schedule/ 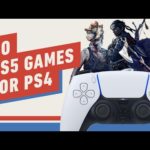