Necromunda: Underhive Wars: A new story trailer welcomes you to the Underhive!

Necromunda: Underhive Wars, a Tactical RPG and first video game adaptation of the mythical legendary tabletop game Necromunda, is coming to PlayStation 4, Xbox One, and PC this summer.

Today, we invite you to discover a truly unique perspective on the Warhammer 40,000 universe’s most famous Hive World with an explosive new story trailer !

Get a glimpse of the dangers that will await in the Underhive, as you’ll delve deep underneath this nightmarish, polluted Hive City with the infamous Clan members of Houses Orlock, Escher and Goliath, in search for the most valuable of long-lost treasures. As the three will clash in savage, third-person tactical battles, who will come out on top?

Necromunda: Underhive Wars brings you closer to the action than any tactical game before, giving you an over-the-shoulder view of every lethal takedown, brutal melee engagement and explosive firefight. Dive deep in the twisted, vertiginous, dark tunnels of the Underhive in this tactical RPG’s compelling story campaign and Salvage Operations, where rival gangs will fight to the bitter end for personal power, wealth, survival and the honour of their Houses. Lead, grow and customize your gangs in action-packed, persistent game modes, where you’ll bring your forces to fight against the AI, or with up to three other players online. The choices, and consequences, are yours – only the strongest will survive. 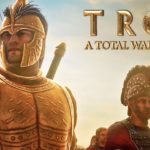 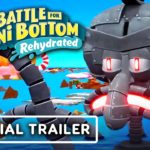