Resident Evil 8 was announced at Sony’s PS5 reveal event with the official title of Resident Evil: Village. The trailer shows off a lot, including the return of RE7 protagonist Ethan Winters. The titular village the game is set in is also showcased along with what appears to be a werewolf. Thanks to a PlayStation Blog post and a video message from the game’s developers, we know now even more details about Resident Evil: Village.

In this video we breakdown what we know so far about the game’s plot, including how it ties into Resident Evil 7, and what the deal is with Chris Redfield. We also talk about a few gameplay details, and get a first look at the game’s inventory system, which gives off strong Resident Evil 4 vibes. There’s also a mysterious image that the developers say holds a ton of secrets about the game.

Resident Evil: Village is set to come out in 2021 for PS5 and Xbox Series X as well as PC. Capcom promises more details on Village at the end of the summer, so stay tuned to GameSpot for all things Resident Evil. 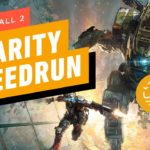 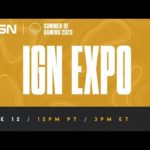