For more info on the 13 Sentinels Aegis Rim game, stay tuned to IGN. 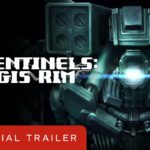 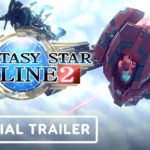