Crusader Kings 3 is just as complex and intricate as the other grand strategy titles coming from Paradox Interactive, but in their new entry to the series the studio has made great strides in making the game more accessible, without sacrificing any of its depth.

Recently Dave Jewitt got access to a preview build of the game, and as a Welsh King, ruler of the Holy Roman Empire, a Viking raider and much more, he got to experiment with the new additions of the game, and how Crusader Kings 3 holds up to other strategy titles in the series.

As well as adding things like knights and new council positions for your in-game spouse, Crusader Kings 3 has increased its focus on its RPG elements, allowing players to craft their character and dynasty with much more freedom than before.

If you fancy yourself a ruler then you won’t have to wait too long as Crusader Kings 3 releases September 1st 2020. 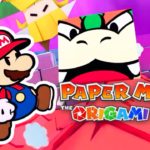 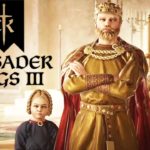