Welcome to Power Ranking, a show where YOU the fans get to vote on your favorite things in video games, movies, TV and whatever the hell else the internet can get excited for.

This is the fifth and final round of the special IGN tournament event, Power Ranking Face-Off! Here’s how it works: Through our Face-Off voting on IGN.com, YOU, the fans chose your favorite video game characters from over 300 entrants. These Face-Off votes provided a win-loss record for each character which determined the overall ranking. The top 64 of that ranked list have been seeded into our tournament bracket.

From here, we polled across multiple IGN platforms to scientifically determine which video game characters should move on to the next round. Now that we’re in the semi-finals and finals, the candidates are going head-to-head. The winner of each matchup will move on till you all crown Power Ranking Face-Off’s best video game character of ALL TIME! Find out who the champion is now! 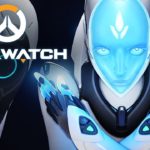 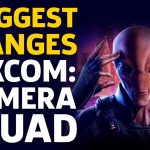