Let the hype commence! Bungie revealed more information on Destiny 2’s upcoming season alongside an electric gameplay trailer. Here’s everything you need to know about the story so far, and what you can look forward to.

Destiny 2 continues its rollout of new content with the Season of the Worthy on March 10, with new story elements, new activities, and new loot. Bungie has finally laid out some of the details about what we can expect from the new season, including the return of Destiny’s greatest PvP challenge, the Trials of Osiris. Check out the video above for a full rundown–there’s a lot of ground to cover.

Trials is the biggest element of the new season. The weekend event offers some of Destiny 2’s greatest, toughest-to-earn rewards, but only if you manage to go through several rounds of competitive play undefeated. Trials has been out of the game since way back in 2018, so its return is a big deal to some of the most dedicated in the Destiny 2 fanbase.

If you’re more of a PvE player, though, there’s plenty for you as well. The Season of the Worthy is all about working with Rasputin, the giant AI that was central to the Warmind expansion, and the new Seraph Tower activity is all about working with other players to power up the computer so it can defend the solar system. Those are covered on the season’s content roadmap. We also know you’ll be chasing The 4th Horseman, an Exotic shotgun from the first Destiny, which appeared in the season’s trailer.

There are a whole lot more details for the Season of the Worthy in the video above–but don’t be surprised if Bungie slips in a few secrets it hasn’t placed on the roadmap, as well. 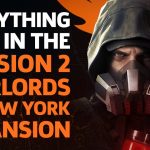 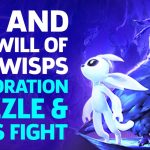